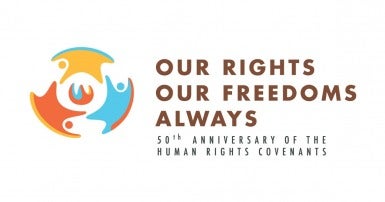 The UN General Assembly adopted the Universal Declaration of Human Rights on December 10, 1948. The declaration came in response to the events of World War II, and the continuing colonialism that was rife at the time. It contains thirty articles on human rights that remain as strong today as they were over 65 years ago.

Each year, on the anniversary of the declaration, we observe International Human Rights Day. Events are held worldwide and many of us take time to speak out against human rights abuses, towork together for social justice, and to take action.

For International Human Rights Day 2015, CUPE members are encouraged to:

CUPE applauds all members who champion human rights causes in their workplaces and their communities.